Red Pumps of the Week

When TLC’s T-Boz made a guest appearance on the Real Housewives of Atlanta, I immediately thought of their best album to date, CrazySexyCool. Then, I thought that would be a perfect theme for my next 3 posts for the Red Pumps of the Week.

So, this week I will start with the “Crazy”. Now, these shoes are not ones that will make people say, “she is crazy for wearing those” but instead will provoke others to say, “the design of those shoes are craziness”! 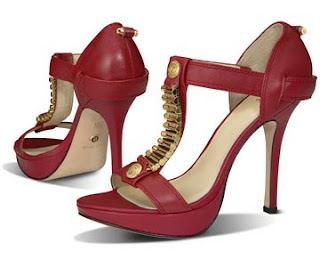 For the budget conscious, I have the Catty Shoe by Velvet Angels (above) which is available at Endless.com for $110. What is the “crazy” aspect, you ask? Well, it is the gold bullet housed in the back of the shoe. Craziness!

And for the budget-less, I present to you the Balmain Suede Buckled Ankle Boot (below) which is available at Net-a-Porter for a whopping $1,195! The multiple buckles are a bit reminiscent of a straight jacket. And if that isn’t “crazy”, I don’t know what is. 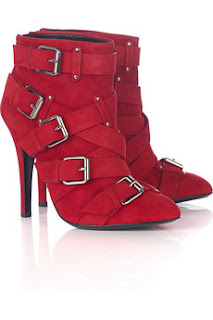 They always say there is a thin line between genius and crazy. So, let’s just say these shoes are PURE genius. OK?

Nikia Jefferson, the woman behind the ChiTown Fashionista blog, has always had a love for shoes and shopping, in general. Nikia loves to inform fellow shopaholics and fashionistas of remarkable up-and-coming designers that either fall under the radar or are on their way towards mass consumer recognition (both locally and internationally). She is drawn to one-of-a-kind items that tend to garner attention and spark conversation. Deemed as ‘the enabler of fashion consumption’, Nikia features these types of items on the ChiTown Fashionista blog in an effort to persuade readers to make a purchase in support of the designers.

Next post: Someone is infected every 9 1/2 minutes. What’s your status?