The Red Pump Project is turning ONE. And it’s National Women and Girls HIV/AIDS Day!

You’re cordially invited to the The Red Pump Project’s inaugural fashion show: Rock the RED: Bold. Fashion. Awareness. The show will be held on March 25, 2010, in commemoration of annual National Women and Girls HIV/AIDS Awareness Day.

Rock the RED will also be a celebration of the first anniversary of The Red Pump Project, which was founded in March 2009 to raise awareness about the impact of HIV/AIDS on women and girls.

The event will begin with a “Happy Hour” at 6:00pm, and Rock the Red beginning promptly at 7:00pm. It will showcase the newest fashions by upcoming designers and boutiques from around the city. 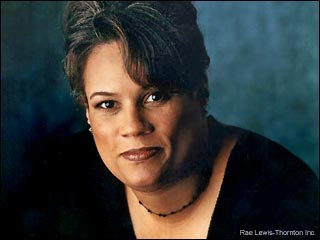 We will be honoring Emmy Award-winning HIV/AIDS activist Rae Lewis-Thornton with the “Ultimate Red Pump Rocker” Award for being a LIVING LEGACY, and facing the disease with dignity, clas

Appearing on the cover of Essence Magazine in 1994, telling her story “The Face of AIDS,” Rae has inspired countless people across the world. She has traveled worldwide in an unending crusade challenging stereotypes and myths around HIV/AIDS. In addition to being in Essence magazine, Rae has been featured in many publications: Ebony, Jet, O-The Oprah Magazine, Glamour, WOW, Lifelines, Chicago Tribune, Chicago Sun-Times, Washington Post, to name a few.

Rae is a licensed Baptist minister, with a Master of Divinity. She is also a member of Delta Sigma Theta Sorority.

For this reason and COUNTLESS MORE…

Rae Lewis-Thornton is THE ULTIMATE RED PUMP ROCKER and a LIVING LEGACY!

So join us for a fantastic evening where we bring together social justice and fashion to Rock the RED BOLDLY, FASHIONABLY while being AWARE of the impact of HIV/AIDS on our community.

Awareness is always in style!

Early bird ticket prices are until March 12, 2010. After then, prices will rise.

If you’d like to serve as a sponsor or have your organization or website in the show program book, you can contact us at [email protected] and we’ll send you a sponsorship packet.